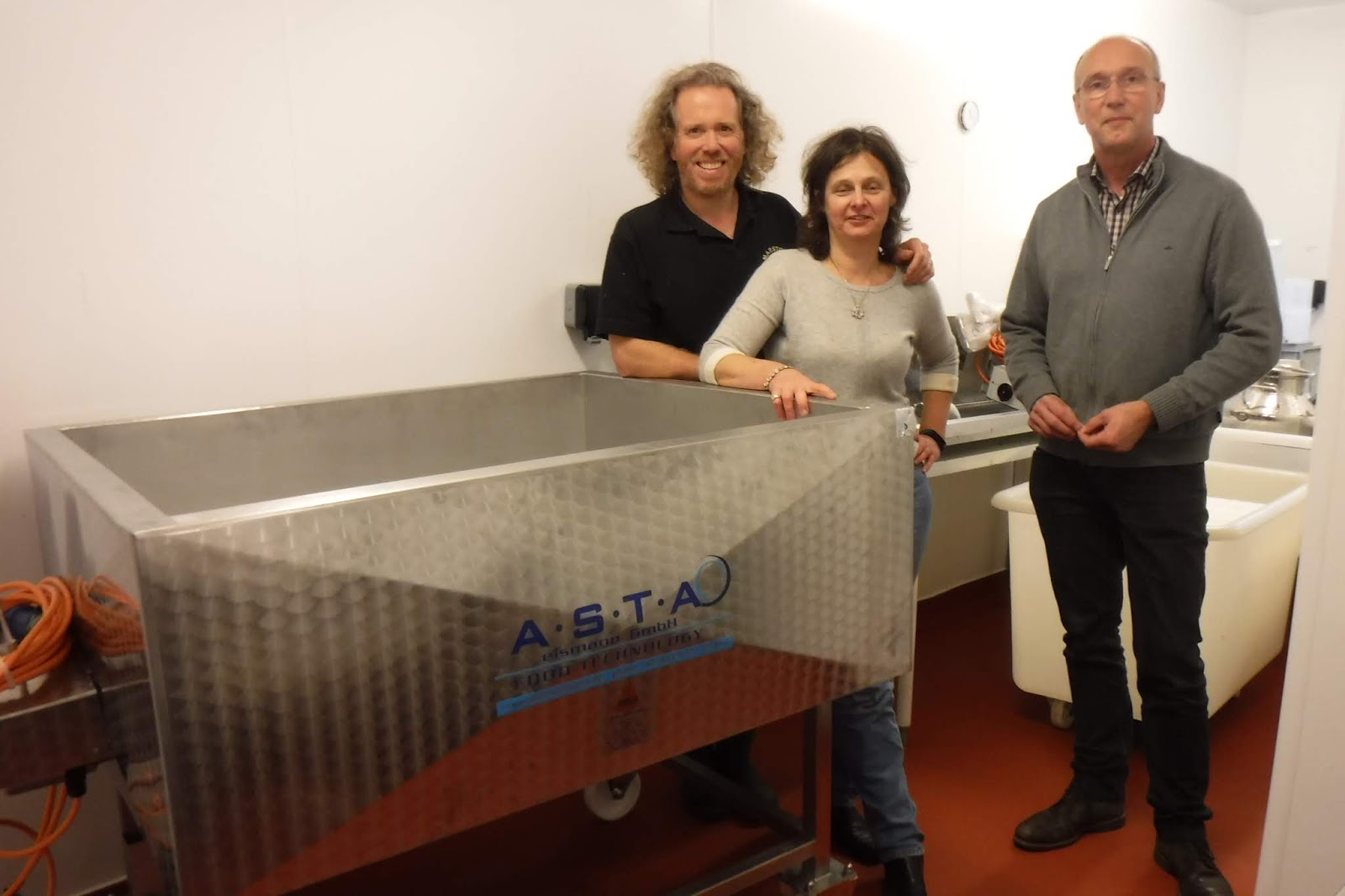 Over the last few weeks we delivered two of our 300L cheese vats to two small cheese makers. One went to Sussex, Gimblett Cheese and the other to Mario Olianas in Leeds. Both have been making cheese for a while and are growing their businesses. Both have been at it for a long time and have a solid base.

During the same time 3 cheesemakers have folded. One relatively large, and a small one, both in Scotland and a small one in Northern Ireland. The reasons are hard to find out. The 2 in Scotland claim it has to do with the market and one of them makes a raw milk cheddar and also found the attitude of the Scottish officials to be very anti raw milk cheese. However, long matured cheese should not be a problem at all. I think that there are also personal reasons behind the closures. Making cheese and selling them is not as romantic as people think. Yes, many cheese makers are feted in the press. It seems a very glamorous job, everybody loves cheese makers. However, in the end it is also a job and not always exciting. Farmers who make cheese understand that and I notice that they do not give up that easy. Also, they have their own milk and when you have to buy the milk there is a cost which is higher than the farmer’s milk. So, cheese making is not always a walk in the park. Make sure you are ready for that and have thought it through. And when you have, make contact, because we can supply you with the right equipment and ingredients.